The Evolution of Training

Before reading this article click here to watch a video clip circa 1943 of US military personnel (possibly Marines) receiving training prior to deployment to the Pacific Theater of operations. It is priceless from my personal perspective. Aside from a few safety violations during the course of instruction it is enlightening. No doubt some of the young men in this class gave their lives some months later when deployed to rather violent confrontations with the enemy. The theories put forth illustrate the mindset and comprehension of combat action in concert with the psychological as well as physiological understanding of the human condition at the time. 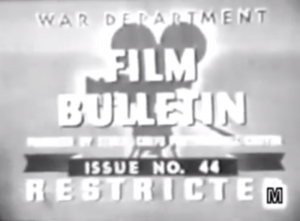 I once viewed a similar video from the same era wherein the OSS officers filmed were all wearing masks to conceal their identities. (It appeared to be a convention of Lone Ranger fans.) They were also working with the Colt 1911 .45 auto and firing from the hip position. There was one caveat however. The rounds they were using were all tracer .45 auto cartridges. As the round coursed its way downrange there was a bright light emanating from the rear of the projectile. Therefore they could visualize exactly where their rounds were striking and adjust accordingly. It was pretty cool and top secret stuff at the time.

Pistol sights on military pistols back then were very diminutive and barely distinguishable to the human eye. I know because I’ve shot them. The front sight could be used as a razor blade and the rear sights are simply two small bumps with a notch sort of carved between them. In low level light they were all but non-existent. Since one could not readily pick up the sights, ‘point shooting’ or ‘hip shooting’ seemed the logical course of action. No doubt if they had shot the ITTS custom 1911 .45ACP they would have been more than impressed on many levels.

What I especially enjoyed in this video is the demeanor of the instructor. With a laid back yet matter of fact style he laid out what they knew at the time and then demonstrated the application of body position when engaging the enemy. Notice how he switches from one weapon to another to get his point across. There was a stack of weapons ready to go and it seemed to be a sort of: “Let’s try this one…” method of weapons selection. It’s amusing how cavalierly he waves the pistol back and forth while lecturing. Place this fact in conjunction with the additional point that it is loaded and the safety is disengaged (as he doesn’t believe in them as he explains) and it makes one pause and reflect as to whether the students he constantly covers with the muzzle had their own misgivings.

What is also interesting is the “Restricted” notation accompanying the film. Apparently this was some top level stuff at the time. God forbid the enemy acquired these nifty techniques and used them against us. This is all part of the rich history of gunfighting as many of you have come to understand it. As with all things there are refinements and evolutions, which will always push the advancement of anything forward. It would be fascinating to travel back in time and show them what we have come to understand as truly effective techniques as we comprehend them today.

I hope you enjoy the film and would love to hear your comments on it. I really enjoy snippets from the past. What was high tech then is far from that at the present time. Most probably in the future when phasers, death rays and heat pulsars are all the rage… bullets will seem antiquated and rather quaint. Someone will be commenting on our Neolithic techniques as well. It’s a form of payback I suppose.

This entry was posted in Articles Written by Scott Reitz, Audio/Video, Favorites. Bookmark the permalink.

5 Responses to The Evolution of Training